After Lucas Moura’s 85th minute equaliser against Barcelona at the Nou Camp, Tottenham had narrowly qualified for the Champions League knockout stages ahead of Inter Milan. Spurs have not reached the quarter-final stage of the competition since they were knocked out by Real Madrid in 2011.

This year Spurs face a tough tie with group A winners and Bundesliga leaders Borussia Dortmund. Dortmund, who showcase fantastic youth in their side, are five points clear in the Bundesliga and beat Diego Simeone’s Atletico Madrid 4-0 in the group stages. This was never going to be an easy test for Pochettino’s side 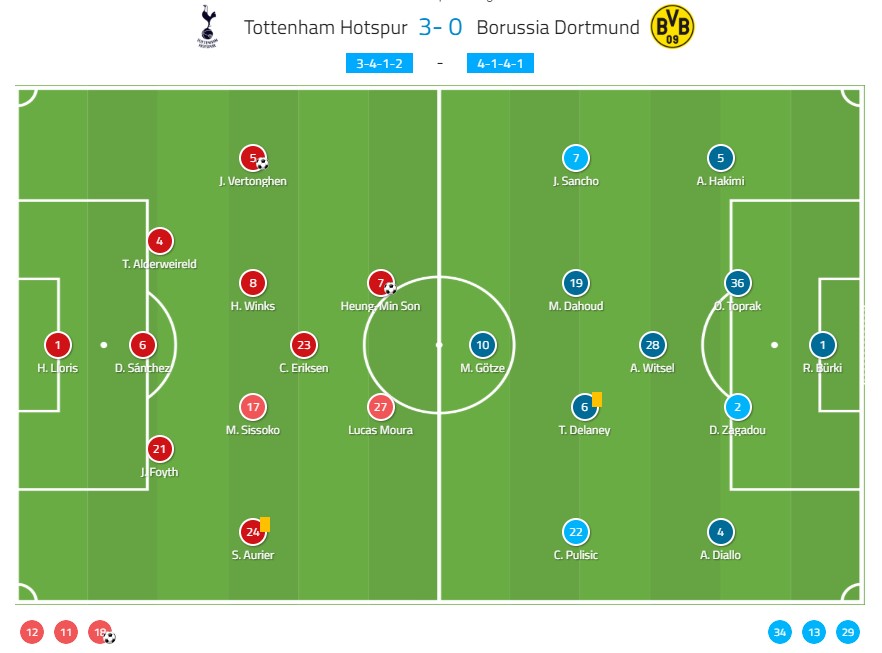 To make matters even harder for Spurs they were without Harry Kane, who has scored or assisted 48% of Spurs goals in the Champions League since the start of the 2016/17 season. On top of this, they were missing Dele Alli as well.

However, Dortmund were missing both Marco Reus and Paco Alcacer. In addition, the German visitors had a back four who were yet to play together with French under-21 captain Abdou Diallo and Achraf Hakimi at full-back. English starlet Jadon Sancho made his return to England in front of Hakimi.

How did Dortmund dominate the first half?

To read the rest of this analysis, click here.

‘Sancho is a great player’ – Mata