Group F is arguably the toughest group in this year’s UEFA Champions League competition. With Barcelona starting strongly, the chance of qualification has effectively been reduced to one spot which is being fought over by two European heavyweights. Matchday three took us to the San Siro where a rejuvenated Inter Milan played host to an ever-energetic Dortmund side.

Inter, who have seen their fortunes change since the enigmatic Antonio Conte put his name on the office door, put on a tactical masterclass on the night and cruised to a deserved 2-0 victory. This vital win over their German opponents puts Inter right back in the hunt for the hotly contested qualifying spots.

In this tactical analysis, we review Inter’s tactics, showing how Conte’s men restricted their usually free-flowing opponents. We also provide an analysis of where Dortmund made tactical errors leading to mismatches in key areas of the field. 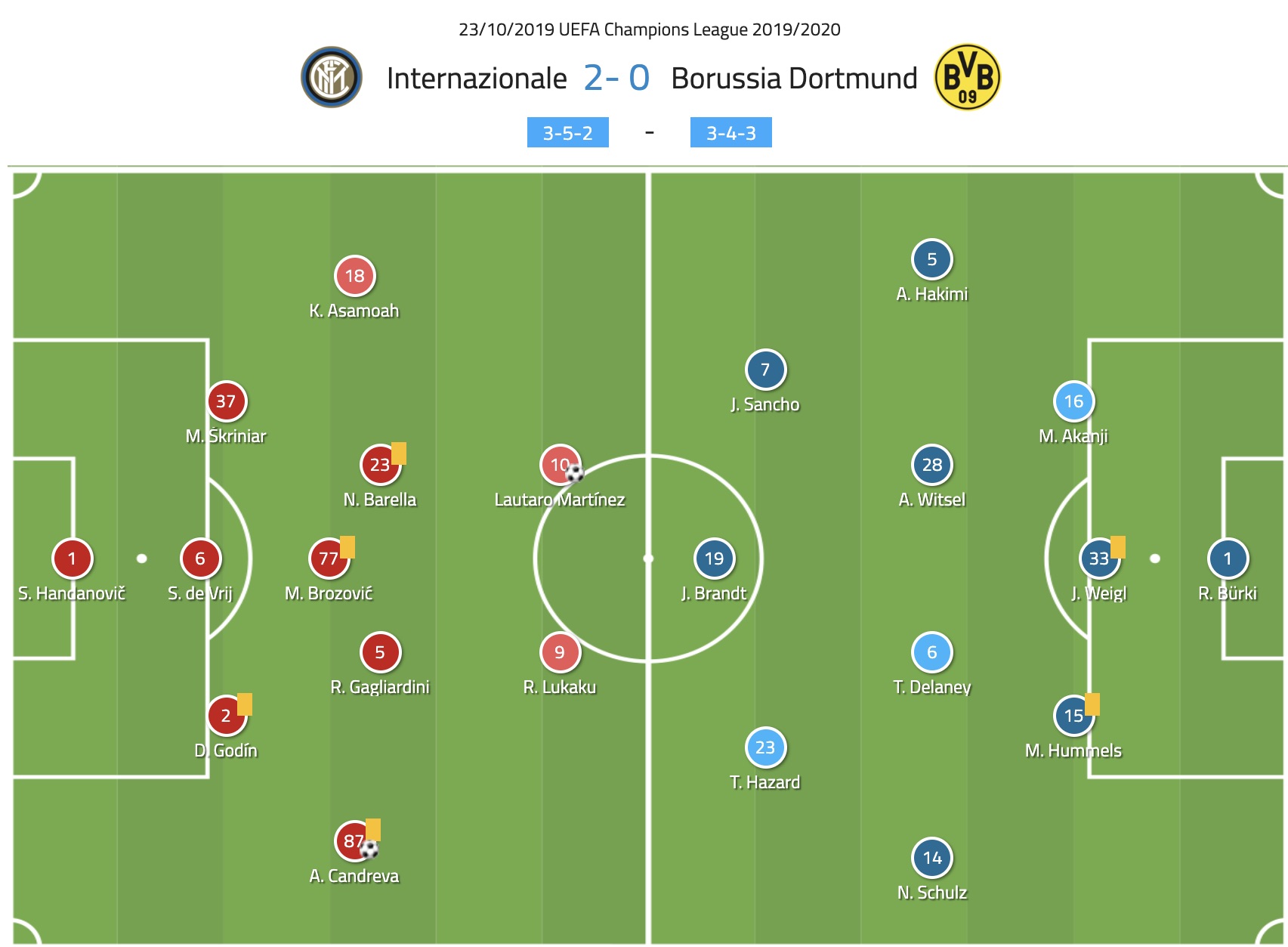 The hosts started the match in their usual 3-5-2/5-3-2 system, a tactic Conte has become renowned for using because of the numerical superiority it provides in the defensive third. Diego Godín, Stefan de Vrij and Milan Škriniar started as the centre-backs. Godín and Škriniar supported their respective full-back by providing cover in the half-spaces. This restricted the opposition from penetrating their robust defensive unit. Kwadwo Asamoah and Antonio Candreva provided the width as wing-backs. They pushed high and wide when Inter had possession in order to stretch the opposition horizontally.

If you love tactical analysis, then you’ll love the digital magazines from totalfootballanalysis.com – a guaranteed 100+ pages of pure tactical analysis covering topics from the Premier League, Serie A, La Liga, Bundesliga and many, many more. Buy your copy of the October issue for just ₤4.99 here

The Raw Materials Are There, Trust Me

Sancho would be an asset to any team

Borussia Dortmund happy to let one star leave but determined to...